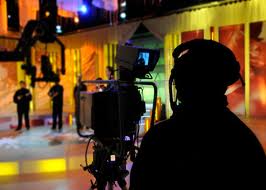 Now it’s time to shoot the pilot episode. A pilot is the first episode of a show — they’re shot, fittingly, during pilot season, between January and May. If the network likes the pilot, it will pick up the show for the season and make it a series.

When the network approves a pilot for filming, several things must occur. First, the showrunner and producers are hired. The showrunner is the person in charge. He or she works with the writers and script, casts the actors, is responsible for creative direction and usually oversees the project from start to finish. Sometimes the showrunner is the person who created the show’s concept, wrote the script or treatment and pitched it. Producers help the showrunner handle everything. They help with hiring the director, talent, crew, writers and assistant producers, and their first task is rewriting or updating the script. When that’s done, cast auditions are next. Then the producers hire the crew — and finally, the pilot is shot and edited. This schedule is generally outlined as preproduction, production and postproduction.

When it’s time for casting, there might already be a lead actor (or actors) attached to the project. If not, the people in charge could try to assemble the cast themselves — or they could work with a talent agency or casting director. A casting director is usually well connected with agencies and managers and will put together a casting call, or daylong series of auditions. The producer and director get together with the casting director and audition actors for all of the scripted roles. These taped auditions usually last anywhere from 10 to 30 minutes each. If it is an ensemble cast, they generally try to audition in groups to see if the actors have chemistry. Callbacks are repeat auditions — it might take multiple callbacks before all of the talent is hired. The casting director can hire extras or other nonspeaking roles, usually working through a talent agency.

At any given time, more than 80 people can be working together to make a TV show. The production team and the crew are as important as the talent (again, think of the writers’ strike) and really make the show happen. Here’s a short list of some of the production crew.

Now that the cast and crew are set, it’s time to start shooting.