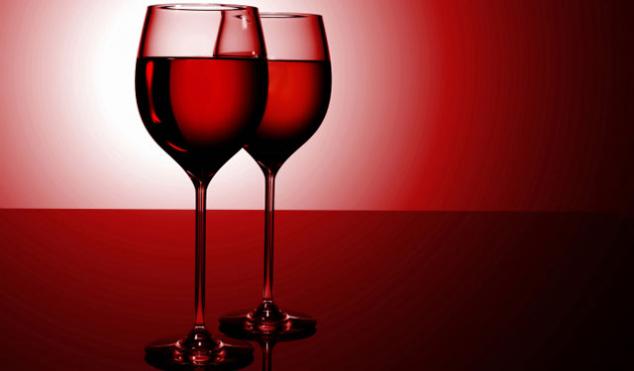 Red Wine The health benefits of resveratrol, a compound found in the skin of grapes (and thus in red wine), have long been known. Studies have indicated that it serves as an antioxidant, that it has anti-tumor properties, that it can help you live longer, and that it may be responsible for the “French paradox” (the French have a high-fat diet and yet low instances of health disease). A new study examined resveratrol’s effects on melanoma, and found that it has anti-cancer properties. Cool! But, well, ignore.

First question: has resveratrol been proven to fight cancer? First answer, to that first question: Resveratrol has been studied significantly, but never in a clinical trial on humans. Yes, it’s been tried on rats and mice, but only clinical trials on humans can say for sure whether a compound has a proven effect. Additionally! Clinical trials of other antioxidants have been performed, and failed to demonstrate the positive effects that earlier trials predicted. As Stephen Barrett over at Quackwatch notes, some, like beta-carotene, have even produced adverse effects. The only clinical study we could find for humans was this one, which only tested resveratrol’s ability to battle a specific disease (Friedrich ataxia).

So, definitely a lack of research here. There’s also the problem of exactly how resveratrol is introduced to the body. Without clinical trials, we can’t really say whether resveratrol as it’s present in red wine would be metabolized in any kind of beneficial way. Let’s take a look at another possible cancer-fighter for an example: mushrooms. Mushrooms, including common varieties like shiitake and maitake, contain lentinan, a substance that inhibits tumor growth and has been linked to fighting cancer. Except, to get the dose of lentinan you need, don’t bother eating a bunch of shiitakes. You have to inject it intravenously on a weekly basis, in quantities far greater than are present in any conquerable pile of mushrooms. Youch. So resveratrol in wine might not actually have the same effect as resveratrol supplements.

Red Wine Bottles Wikimedia Commons But the biggest problem, by far, with the idea that red wine will help you fight cancer is that no human alive is hardcore enough to get the benefits of resveratrol from drinking wine. To get the amount of resveratrol from wine to equal the amount given to the animals in these studies, you’d be dead from alcohol poisoning a few times over. Red wine has about 160 µg of resveratrol per ounce. Assuming each glass of wine has about five ounces, that’s 800 µg per glass, or 0.0008 grams. (That’s a pretty big glass, by the way.) The amount of resveratrol used in these studies ranges from two to five grams. So if we’re being conservative and assuming you only need two grams of resveratrol, and you’re having a pretty big glass of wine, that means you’d need 2,500 glasses of wine to get the dose used in these trials. That’s 492.9 bottles of wine.

That’s not to say that these resveratrol studies aren’t interesting and important, of course. Very possibly this research will end up being important sometime down the road. But studies supposedly proving the magical properties of red wine are sexy and fun, much like red wine itself, which brings them an awful lot of visibility. Resveratrol is promising, but if you’ve been guzzling wine for its medical benefits, you might be getting drunk for no good reason.