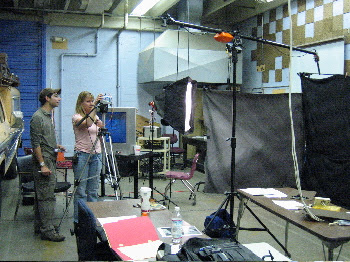 NEVER APOLOGIZE …unless you drop a brick on their toe. Never let them see you internally criticizing yourself.
NEVER CRITICIZE anything at an audition.
PERIOD. A very talented middle-aged actor commented recently to the casting director at an audition that his sides for a popular TV show audition didn’t give him much to work with. Moral: Well, the sides probably were anemic. But the show is a hit. And guess who will never perform on it! An audition is not a place to express or even think contempt for the show, the script, the stars, the director, the theatre company, the house. NADA.
NEVER MAKE ASSUMPTIONS.
Maybe they laughed, cried, applauded. But never make a statement that even hints that you assume you will be cast. One actor recently had a superb audition. His parting shot at his callback was, “I really look forward to working on this role.” BAD EXIT. Better choice: “It’s so nice to have met you.” Memorize that line. It works 65% of the time! Oh yes, the actor looking forward to working on the role was not cast. Now he may not have been cast for 29 other reasons but that parting line surely did not help. Too arrogant. Too presumptive.
Summary
Walk in. Quickly “read” the attitude of the casting table. And fit your tone to it. Regardless of their atmosphere, give a killer performance. (Think of it as a performance, not an audition.) Exit with pride and dignity even if that is the best acting you have to do!
You can rarely know “what they want” or “what they are looking for” so don’t waste your time trying to figure it out. Be spectacular in your presentation of self and jaw-dropping in your presentation of the material. You can “read” their mood as you enter but I urge you to focus more on you than on them. Pick up cues from them and shift gears if you see they are into “ice” and you have entered with “fire.”

Adjust, – BUT DO NOT LOSE YOUR ENERGY. DO NOT TRY TO BE ACCOMMODATING.

Sycophants may appeal to some divas and stars but not to an audition committee. Remember the bottom line in their mind is “Will this person bring people into the theatre?” And a close second question is “Will this person be someone we can work with?” Pleasant, yes. Sycophant, no.
If you get a callback, great. If you get cast, greater. If neither, look in the mirror carefully. What did you do or not do either in the beginning, the reading/monologue, or the exit? You may never know why you weren’t cast. But find out (from the mirror) what you did that contributed to that decision. Auditioning is totally within your control. Casting is not.
And last, go to every open call, every rinky tink audition you can. There is nothing like experience to teach you how to audition. And it’s better to get that experience at projects that do not make or break a career. Learn self-examination. The rule is “Forget an audition as soon as it is over and go on to the next one.” I totally disagree. Examine that audition as if it had happened to someone else. Self-examination should lead to insight and insight should lead to polish. Don’t be defensive about your work when you look in the mirror. Don’t be too harsh, or too tender. Try to look for the truth about yourself as an auditioner.
Conclusion
Back to the opening paragraph. If acting is NOT a passion that spills over into your auditioning, then seriously consider some other aspect of the profession or some other profession. Allow the green force–Dylan Thomas again–THAT ENERGY OF LIFE THAT PERMEATES EVERY CELL to drive through you. We all have it or we would be dead. Most people do not know it exists. Most people have never thought about it. Most people have never recognized its force. Even more people do not use its force. But it is there. Forked lightning.

How to Become One of SP Models or Talents?

How to Break into Male Modeling