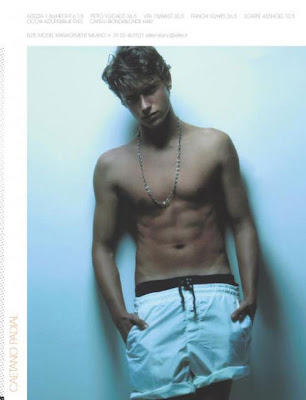 The best ways to be successful as a new male model often require changing your thinking, and being flexible:
Adopt An Attitude Professionals Want to Work With

Attitude is everything. Sometimes factors that have nothing to do with looks can make the difference between being hired and not being hired for a modeling job. Here is some advice especially for guys who were just starting their modeling careers:

Girlfriends can interfere with male modeling

Be Skeptical of What You Are Told

Choose quiet skepticism and common sense over fantasy of becoming a star. For example, let’s say you are opening a shoe store and someone wants to rent a storefront to you. Would you hand over a bunch of cash without a written lease and without seeing the place you want to rent? Would you write a check just because some flashy guy said he knows someone famous? You’ll learn the ropes, just not right away.
Learn About the Model Industry

You may be smart, but there is much you do not know about modeling. It will take a long time to learn what you do not know. In the meantime, don’t be desperate. Make decisions as if you are running a business, not based on promises and bullshit.

Campus Men helps college guys become male models by giving free advice on professional male modeling and by offering promotional pages on CampusMen.com that generate buzz for college guys. To start, you can read modeling tips for preparing for photo shoots. You can read what modeling photo shoots are like.

The best way to learn is to

The most successful male models are capable, willing and available.

Capable means you have built your body and are able to show off your body on film.

Available means you can do the job at the “drop of a hat.” You can be the hottest guy in your state, but if you cannot get off work, you are not going to make it as a model. Most modeling jobs offer you little advance notice and will choose the model who is available.

What are the requirements for being a model? Is there a minimum or maximum height, weight or other factor?

How to Break into Male Modeling

how exciting! i have really enjoyed reading this post. you guys have built a great community!