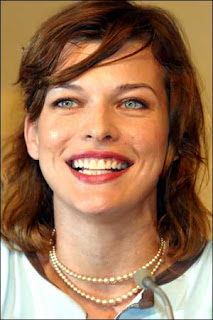 The Forbes magazine has named Milla Jovovich as the highest paid model of the world. She topped the list with a gross earning of $10.5 million.

Milla’s major advertising contracts include the one with cosmetics giant L’Oréal since 1998. She is also an actress with several Hollywood films under her belt. A lot of her earning comes from films too.

Second in the Forbes richest models list is Brazilian Gisele Bundchen with annual earnings of $10 million, a contract with lingerie line Victoria’s Secret that will earn her $30 million in four years.

German supermodel Heidi Klum, who makes approximately $8 million-a-year, is at number 3 in the list.

Milla Jovovich at press conference for the promotion of her movie BioHAZARD in Tokyo.
Photo: Junko Kimura/Getty Images

WHAT NOT TO WEAR!! by Ford Models Agency

Kindly E-mail Us Your Inquiries with Details + Estimated Budget to spmodels.booking@gmail.com For An Urgent Response! We Will Get Back To You ASAP!