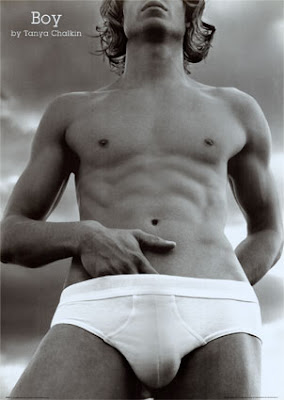 The fashion modeling world as it stands today may be dominated by female models, but more and more men are entering the profession. Led by such names as Marcus Schenkenberg, Tyson Beckford, Massimiliano Neri, Michael Gandolfi, Andrew Stetson, and many others, men are slowly but surely making their mark in the fashion modeling industry.

But just because there are more female models than male ones doesn’t mean becoming a male model is easy. In fact, male models are just as sought out as females, so that means competition in the field is pretty tough. So to get at least a fighting chance of making it in modeling, here are some tips that might help you look your best.

Get in shape. Not just getting in shape, but getting into the best possible shape. Now you don’t need to have rippling muscles. For male models, being toned and fit is more the norm.

If and when you land a modeling job, say, a photo shoot, there are a few things you should remember before going in front of the cameras. One is you should be clean from head to foot. If you’ve got dark circles or bags under your eyes, make sure you avoid any caffeinated drinks, get eight hours sleep and drink water before the day of the photo shoot. Also eating less than three hours before a photo shoot is a no-no.

These physical preparations, however, all go for naught if there’s something wrong about your attitude towards the job. Confidence is always essential not only for male models, but also for anyone in any given field. As a male model, you must be secure in how you look and your modeling ability. Anything less than unwavering self-confidence will result in a half-hearted performance of your job that will be apparent in pictures or on the runway.

Now when we say be confident, we don’t mean that you should be too confident. Remember that there are designers, choreographers and coaches who will tell you what they need from you during photo shoots and shows, so you should be flexible and open to suggestions from these people. And it would be of great importance if you show up for these gigs in a good mood, because a good mood shines through in the results. If you’re nervous about the job, bringing favorite CDs or any other stuff that could make you feel comfortable while on the job is a great idea.

Rules to Avoid Scams and Rip-Offs

Taking Photos Of Your Child