Television host, radio deejay, music eclecticist, emcee and DJ, Patricia exudes warmth and confidence in everything that she sets her sights on, making her one of the most sought after personalities in the Malaysian entertainment industry.

Born in Hong Kong to a Danish father and a Chinese-Malaysian mother, Patricia’s mixed heritage has equipped her with a worldly and unique perspective on life. After spending her early years living in Japan, and in Hong Kong till she was about 10 years old before Patricia moved to Denmark with her father where she spent her formative years studying in Denmark while her summers were spent with her mother in Malaysia. 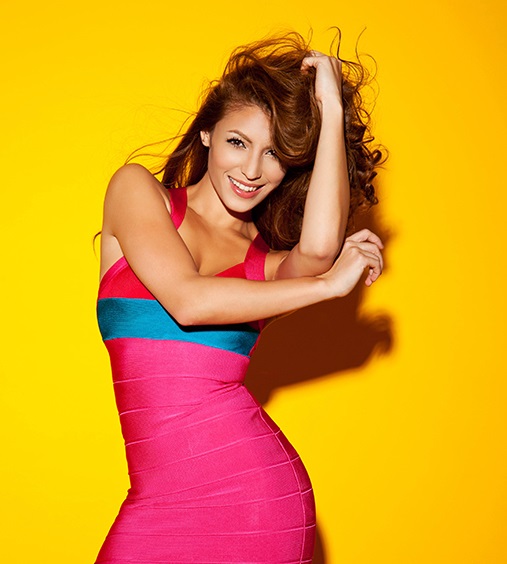 Music has always been a huge part of Patricia’s life. Originally inspired by the diverse sounds of artists such as James Vincent McMorrow, Metronomy, Florence and the Machine, Alt-J, James Blake, Phoenix, Mew and many more, her worldly travels soon introduced her to the sultry world of house music.

Embracing her new sound under the watchful eye of ex Channel V presenter and KL club scene regular Joey G, Patricia K has already begun to breathe fresh air and make big waves in the competitive Malaysian music scene. Her sets have been described as ‘fun, sexy and upbeat’ – much like the girl herself.

After a string of successful sets at respected venues such as Skybar, 7atenine, KYO KL, TwentyOne, The Vault, Junglebird etc. Patricia soon became the sort after DJ for esteemed brands such as Bentley, Christian Dior, Louis Vuitton, Hennessy Artistry, Nars, Ford, Levi’s, Miu Miu and many more. Patricia has also been seen warming up for international renowned DJ’s such as Carl Kennedy, DJ Kelly Marie, DJ Keli Hart, DJ Charlotte Narni, DJ Kellie Acreman, DJ Sam Cooke and DJ Miki Taka. She also played at “Future Music Festival” in Malaysia in 2013. It’s the Ship 2016 and was the warm up DJ before Jessie J in Cambodia.

After just three DJ gigs Patricia was chosen to be the main DJ for Carlsberg’s international ‘DJ activation’. The project involved 18 consecutive events played out over two months with 3 gigs a week.

Now gaining a respected reputation for her own unique sound and spinning style, you can expect Patricia K to get toes tapping and heads turning at venues all over Asia in the years to come.