Mark O’Dea is 22 Years Old and is originally form the UK!

Being in the West End Theatre in London from the age of just 11, he has also appeared and acted in numerous Tv Shows and performed around the world! He was most recently in the Malaysian Based Boyband ‘The London Boys’ and won the title of Cleo’s Most Clickable Bachelor 2014 as well as Emceeing and performing at events all over Malaysia!

His Youtube Channel which features Covers, Pranks and a Travel Show has over A Million Youtube Views and his next project on this exciting journey is to be a regular presenter on The 8TV Quickie! 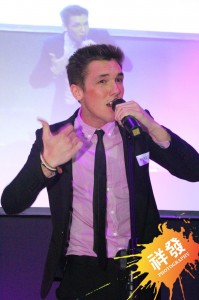 Jimmy is Emcee, English teacher and fashion supermodel. Aged 23 with height 182cm and weight 73kg. Winner Vogue for Virtue Model 2016 Mixed blood Chinese and Malaysian. Can speak in both Malay and English.

Name: Nidhi Shoes size: 6 Height: 167cms Weight: 52Kg Nationality: Indian Language: English, Tamil   Interaction with people is what I enjoy the most. It could be sharing knowledge, experience or fun! I can easily adapt to the diverse audience & have performed all over India & Singapore Smile and Enthusiasm is infectious & I strongly […]