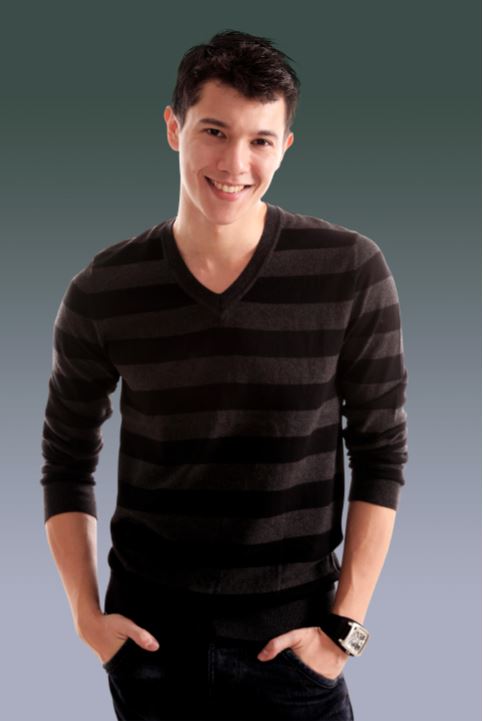 William Quah has been a
familiar face and voice in the
Malaysian entertainment scene
for over 6 years. Starting out with
a number of TV Commercials, he
soon made the move to TV,
working on two seasons of TV2?s
first English Music Chart Show,
Star Trax. While there, he began
picking up the skills necessary to
make magic off camera as well,
trying his hand at scriptwriting,
directing and producing.

After being noticed during a
number of high profile celeb
interviews (including Avril
Lavigne, Missy Elliott and
Matchbox 20), he was invited to
join Channel [V] International,
where he was the only male VJ,
and also an executive script
writer for both his own and other
shows.

Growing bored with the cookie
cutter image of a VJ, Will made
the move to ntv7, Malaysia’s
most successful independent
free-to-air station, where he
became an anchor for the English
News, earning him the informal
title of Youngest News Anchor in
Malaysia. His primary role in the station was as a content creator and brand marketeer,
and this led to him being made head of the newly created English Current Affairs
Department, from which were spawned Anugerah Screen Angkasa nominated shows
such as MNN Entertainment (Malaysia’s premier entertainment, lifestyle and fashion
program, covering everything from the Oscars and Grammy’s to London and New York
Fashion week, top artist interviews and cutting edge celebrity gossip) and The Breakfast
Show (the highly rated, award winning morning variety show that showcased a number of
Malaysian firsts, with a number of book and product launches, top bands and personalities
performing live, and a selection of the most interesting issues affecting both KL and the
world), both of which garnered excellent ratings in their respective belts.

As well as overseeing the production of shows in both English and Malay, Will was also
hosting over 3 hours of live TV a day, making him Malaysia’s most prolific presenter, a title
as yet unmatched by any other host in the country (this was topped by his 7 hour
marathon live hosting of ntv7?s anniversary celebrations, a feat never before performed on
live Malaysian TV).

After ntv7?s buyout by Media Prima, Will turned to his freelance projects, working on a
huge number of TV commercials, voice overs, live events and short season shows,
including hosting the F1 pre-show on 8tv with Malaysia’s only F1 driver to date, Alex
Yoong. During this time, he also worked extensively on his first love – writing – contributing
and editing for magazines such as FHM, Harper’s Bazaar, The Malay Mail (including the
infamous “Sex Issue”), and Vision KL.

After a number of meetings, Will was lured into a brand new medium in mid 2007 – radio.
He joined RedFM as the youngest breakfast show host in the country, and one of the only
DeeJays to debut in the prime time slot, making big waves throughout the industry with his
dark sarcasm, odd points of view, and resonant voice. Teamed with radio legend, Shazmin
of MixFM fame, they proved to be a highly niche but much loved pairing, with a host of
loyal listeners. After a year of the show, Will was lured back to the world of TV, rejoining
ntv7‘s The Breakfast Show as one of the new anchors tasked with getting the program
back on it’s feet. In Will’s own words, “I miss radio, but it was always more of a hobby than
a career. It’s easy to do, and I can’t imagine who could find it challenging. TV requires you
to be far more switched on, and the rewards are far greater”. He was the host of the
country’s first live telecast of Miss Malaysia Universe in November 2011, emceeing the
pageant watched by over 20 million Malaysians, and has been a familiar face in
productions in Germany for RTL, and has been featured on the Today Show on NBC.

As one of the region’s most sought after emcees, Will has hosted everything from major
launches for brands ranging from tech to telcos, to government functions, financial
conferences, and fashion shows.

In 2010, Will left the Breakfast Show once again to allow more time for other programs. In
addition to a number of foreign productions in Europe and Singapore, he also travels for
and hosts the motosports@petronas on Star Sports. His first feature film, commissioned
by Astro, was shot in Italy and debuted to Malaysian audiences in Feb 2011, receiving rave
reviews. He has also appeared in a number of independent films in the UK and Malaysia,
the most recent being the box office hit “Relationship Status” which opened late last
year.

As of 2011, Will is also the tech columnist for Esquire Magazine, while still finding ample
time to take on the many emceeing, hosting and writing assignments that come his way
freelance.
Will is also a talented surfer of the internet, and wastes away what free time he has
painting, building things out of all sorts of rubbish, and reading so much that he spends
more on books than on food.

Will currently resides between Kuala Lumpur (for the food) and Berlin (for the drinks).